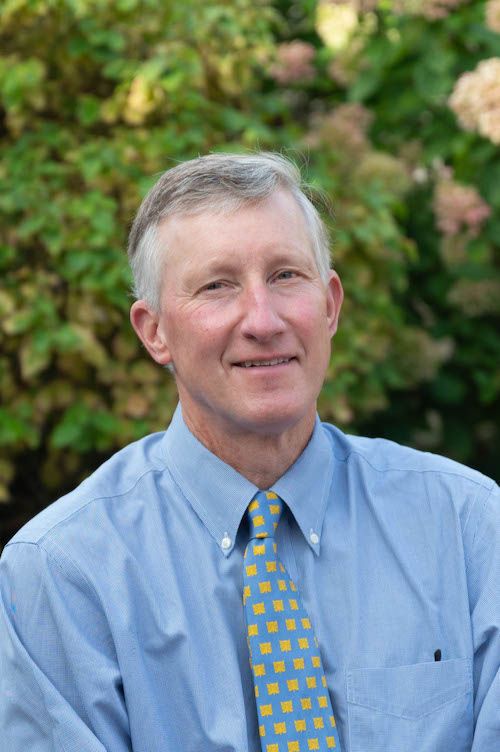 A 35-year veteran of independent school leadership, John Fixx came to The Country School in July 2013 from Chase Collegiate in Waterbury, where he served as Headmaster for 10 years.

Before being named Head of School in July 2014, John served The Country School for one year as Assistant Head of School for Development and External Relations, overseeing advancement initiatives; raising funds for capital improvements, annual giving, endowment, and scholarship support; and galvanizing all segments of the community, from students and teachers to parents, alumni, and the broader educational and business sectors.

John's arrival at The Country School in July 2013 marked a homecoming of sorts; in the mid- to-late 1990s, he served The Country School as Assistant Headmaster, Middle School Director, and English teacher. He also started the school's cross country team.
In 1998, John left TCS to become Headmaster at The Lexington School, a PreK-8th Grade school in Lexington, KY. From there, he went on to lead Chase, where he oversaw two major capital campaigns — one for $13.3 million and one for $15.1 million — and nearly quadrupled the endowment to almost $12 million, guided the school through a name change, and oversaw major construction and renovation projects.

John received his BA in English and American Literature from Wesleyan University and his MBA, with a concentration in non-profit organizations, from the University of Connecticut. During his three decades in independent schools, he has also served as Director of Admission and Financial Aid at Westminster School (Simsbury, CT) and Bancroft School (Worcester, MA) and as Director of Admission and External Affairs at the Hoosac School (Hoosick, NY). He has served as Trustee and Chair for the Connecticut Association of Independent Schools and as Chair of the Board of Directors of the New Haven Ballet.

In addition to serving as Head of School, John coaches The Country School's highly competitive interscholastic cross country team and the popular intramural running program for younger athletes, the Flying Owlets. In 2016, John became a published author, writing The Curious Guide to Things That Aren't, a children's book based on a few short chapters initially started by his late father, the author Jim Fixx, when John was a young child. John lives in Madison with his wife, Liza.